Former African champions Asante Kotoko have been handed a tricky challenge in the CAF Confederation Cup following the completion of the group stage draw on Monday in Cairo.

They will slug it out with Al Hilal, and Zambian sides Nkana FC and Zesco United for the top two spots in Group C to advance to quarter-finals.

We have been drawn in group-C against Zesco United of Zambia, Al Hilal of Sudan and Nkana FC of Zambia.

Al Hilal qualified to group stage by beating Mukura Victory Sports while Nkana and Zesco made it at the expense of Kaizer Chiefs and San Pedro respectively.

This will be the first group stage appearance for Kotoko since 2008 and they will be hoping to make the most of it as they seek their third continental title. The Porcupine Warriors last won an African title in 1983.

They were finalists in the maiden edition of Confederation Cup in 2004, losing the title to fierce rivals Hearts of Oak.

Kotoko will open their campaign at Sudanese side Al Hilal in Omdurman on 3 February.

Below is the full draw 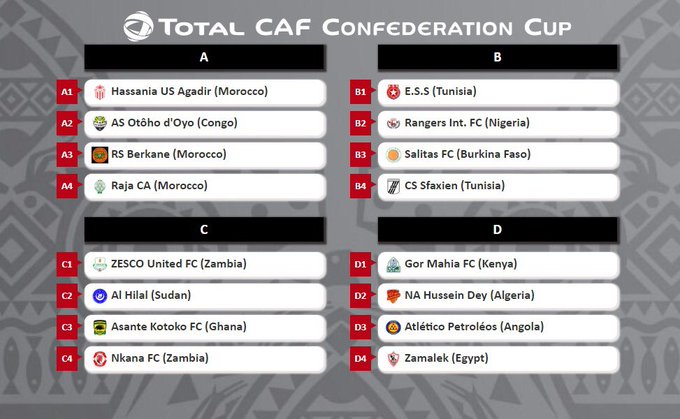 The groups have been settled, who are you backing to reach the next round? #TotalCAFCC

Gov’t targets US$2.2 billion in taxes from reopened Anglogold Ashanti Mine

Rashford scores again as Man Utd cruise over Palace despite

Gov’t targets US$2.2 billion in taxes from reopened Anglogold Ashanti Mine