George Andah installed as a Chief

15
SHARES
124
VIEWS
Share on FacebookShare on TwitterShare on Whatsapp

Immediate past Member of Parliament for Awutu Senya West in the Central Region, and a former Deputy Communications Minister, George Kojo Nenyi Andah, has been installed as the acting Akyempim Odefey of the Senya Beraku Traditional Area, under the stool name, Nenyi Kobena Andakwei VI.

Mr. Andah in a statement said, “To the greater glory of God, on Tuesday 8th of June 2021, at a solemn ceremony in line with tradition and custom, I had the honour of being sworn in to serve as the Acting Akyempim Odefey of the Senya Beraku Traditional Area under the stool name Nenyi Kobena Andakwei VI”.

According to Mr. Andah, elders of the Royal Akyempim Family House of the Andah/Anderson descendants, nominated him to serve as Acting Akyempim Odefey of the Senya Beraku Traditional Area, after they started engaging him from the 26th of March this year.

“I have been praying, consulting family and other stakeholders and asking God why me and why at this time. I am very humbled and have offered myself to serve, and I pray that the good Lord guides me along that path if that is His will.” 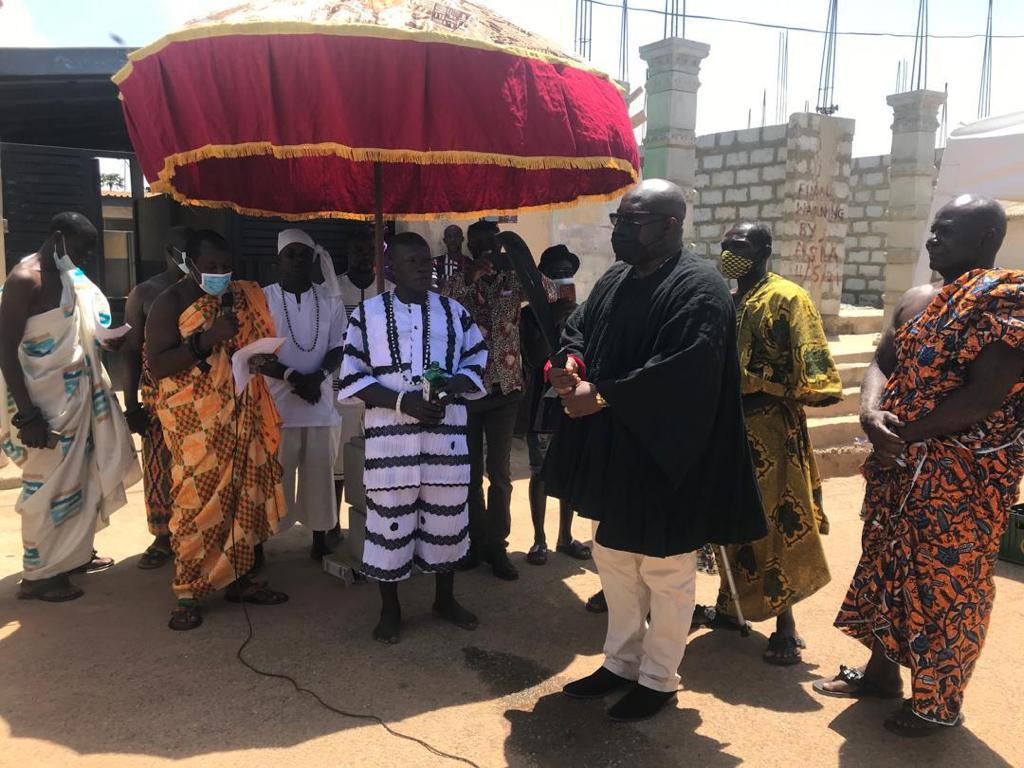 The one-term MP for Awutu Senya West who made a name for himself in the corporate space as an astute marketer, said “leadership should not be  about the position of power of occupancy, but the unflinching desire to cause positive change in the society or wherever I find myself.”

“I feel strongly within me that if it’s the will of God, I should use this huge caretaker responsibility given me, to try one more time, now as an insider, to learn the tradition and culture of the people of Senya, try one more time to unite the good people of Senya Beraku by influencing a positive end to the protracted Chieftaincy issues in Senya Beraku, and ultimately stay together and work for the betterment of Senya and the entire Awutu Senya West.”

“I express my most sincere appreciation to my Andah / Anderson / Hagan and Barning Family for the prayers, support and confidence reposed in me to perform the task ahead” he said. 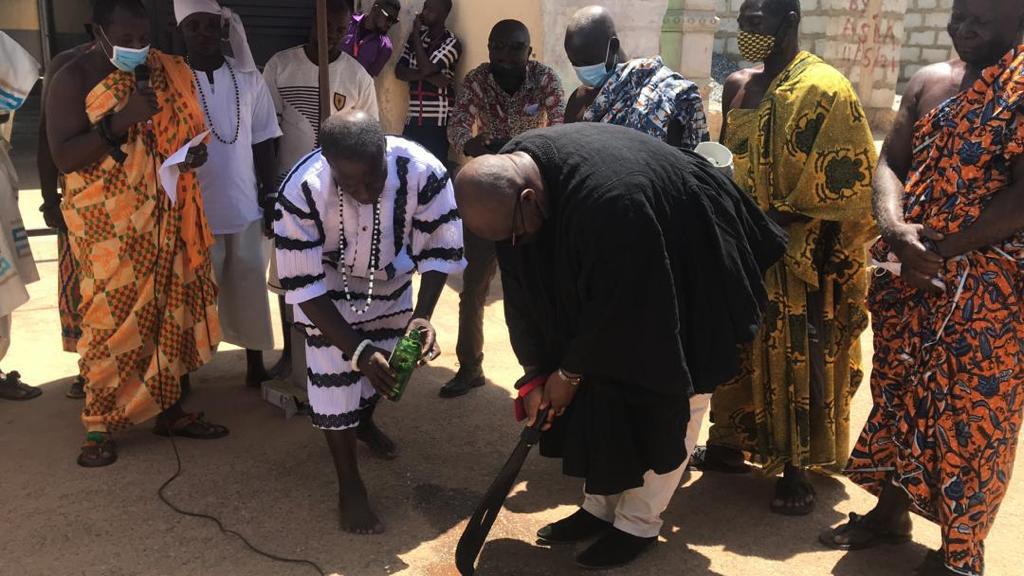 In 2019, then a Deputy Minister for Communications and MP for Awutu Senya West, George Andah was honoured with the MTN Mobile Money Builder Award as part of the 10th Anniversary of MTN MoMo.

George Andah was the Chief Marketing Officer (CMO) of MTN Ghana at the time when MoMo was launched; and he is credited with leading the marketing team for the success of the campaign to get Ghanaians to embrace the service.

A year before the launch of MTN Mobile Money, George Andah received the CIMG Marketing Man of The Year in 2008, and was in the same year recognized by the MTN Group as the Best Chief Marketing Officer within the group, testimony to his mastery in the art of marketing and leadership.

Prior to becoming CMO of MTN Ghana, George was Marketing Director of Guinness Ghana Breweries Ltd, then after MTN, he moved to become Chief Marketing Officer of Bharti Airtel Nigeria, and later returned Ghana as Chief Operating Officer (Country Manager) of Glo Mobile Ghana, where he led the Glo Mobile team to deliver a record one million subscribers within the first 100 days of launching.

He then entered into politics winning the Awutu Senya West Parliamentary seat in 2016, and serving as a Deputy Communications Minister in Nana Akufo-Addo’s first term.

He however lost his seat after one-term in the 2020 elections.

Top Reasons Why Ghana Must Take Asamoah Gyan To The Africa Cup Of Nations.