by Kumasi Online
in TOP STORIES
0

The of Hopeson Adorye have generated a lot of controversies and the uproar is just too much that the gentleman has come out to apologize. This comes hours after issuing a disclaimer about the whole tape and accused supporters in the camp of the vice president as behind the doctored tape.

The former New Patriotic Party Parliamentary candidate of the Kpone Katamanso indicated in her apology that her comments might have hurt others and he didn’t mean to step on anybody’s toes. However, his support for his preferred Presidential candidate continues.

With all due respect, Hopeson does not represent the entire grassroots and is not the spokesperson of the NPP.

Adorye does not decide for the NPP and has no power to decide who should be voted for. Anybody who tries to push this issue thinking it will go against one candidate is deceiving himself but will rather affect the party victory in 2024. 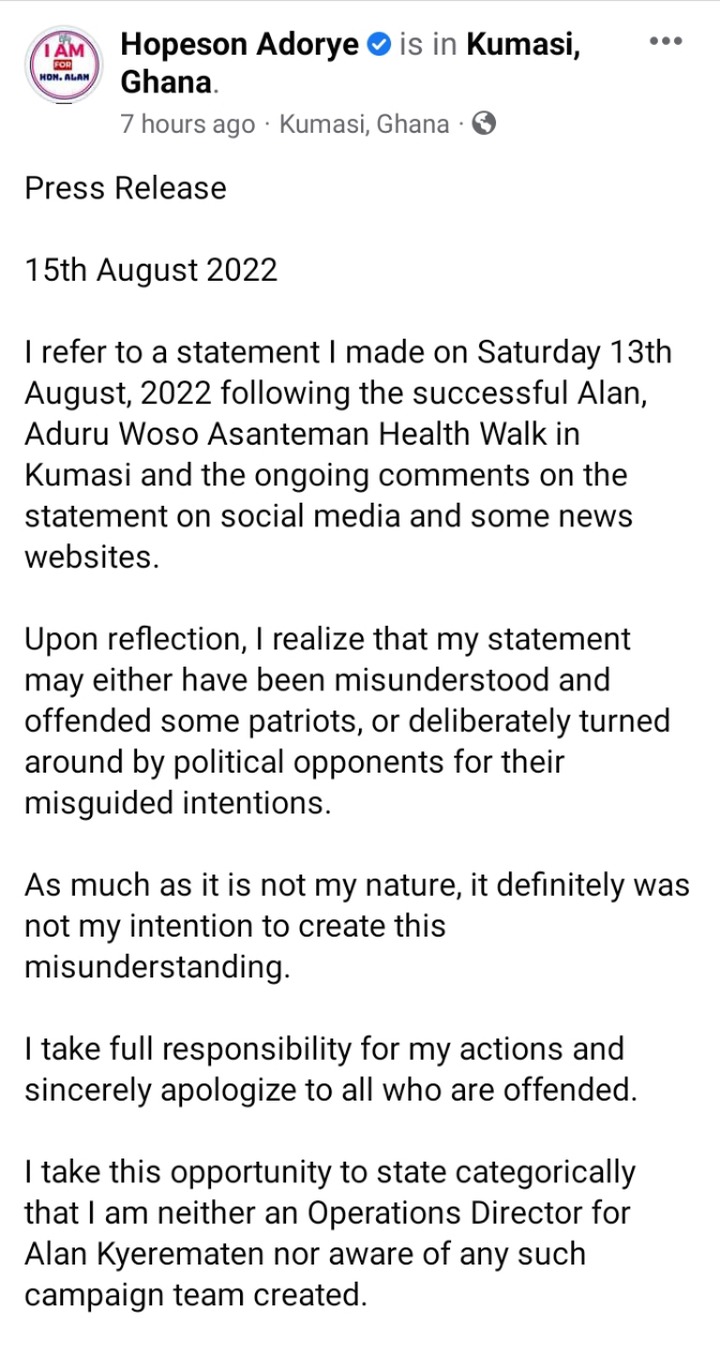 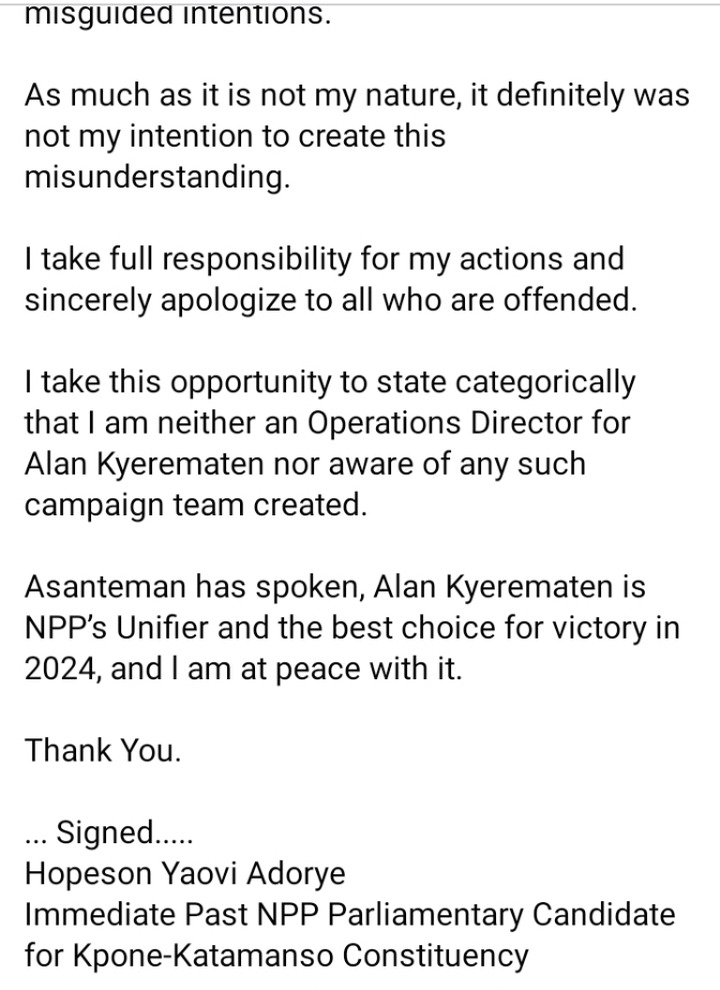 The bigger problem of the NPP is beyond the internal presidential primaries but the 2024 elections.

Otumfuo: Compelling Africa To Abandon Fossil Fuel Without Support Will Be “Unfair”

Two in court for lottery fraud