18
SHARES
153
VIEWS
Share on FacebookShare on TwitterShare on Whatsapp

Kennedy Agyapong, the Member of Parliament for Assin Central has disclosed the reasons for his fractured relationship with former President John Agyekum Kufour.

He said their relationship deteriorated prior to the 2007 presidential primaries of the NPP where President Nana Addo Dankwa Akufo-Addo and Alan Kyeremanteng were leading contenders.

Speaking to Paul Adom-Otchere on Good Evening Ghana, Mr Agyapong said prior to the 2008 general elections where the then ruling New Patriotic Party (NPP) had 17 aspirants who wanted to succeed him, “this Ato guy” had told Dr Richard Winfred Anane that he [Kennedy Agyapong] was going to support Nana Akufo-Addo instead of President Kufuor’s preferred candidate, Alan John Kwadwo Kyerematen.

He explained that he had met Ato Eshun at Minister Kofi Ada’s office over money he was “chasing” and he entered into a conversation about the chances of the 17 presidential aspirants.

Kennedy Agyapong said he told Ato that when he was going to America, Alan Kyerematen was leading all the aspirants but upon his return, the support for Alan Kyerematen had shifted with frenzy excuses.

“Alan had raised about 13 billion [cedis] and some people didn’t understand why, and were using that against him. So, I said because of the fundraising, now Nana Addo is slightly ahead of Alan,” he recounted. 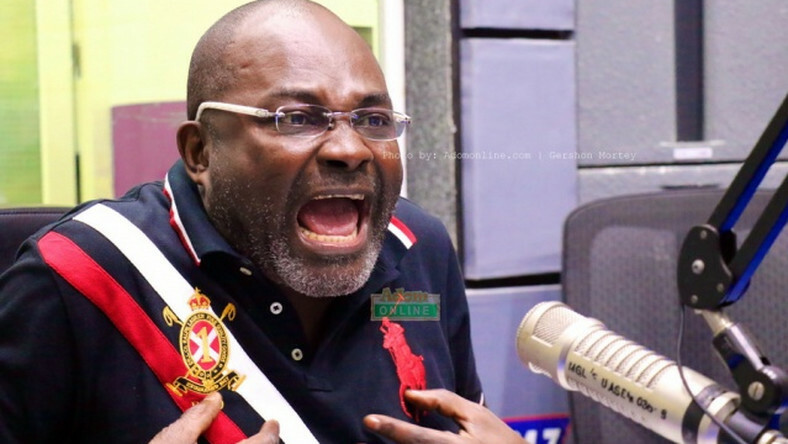 This observation, Mr Agyapong believes, was reported differently to Dr Anane and he also reported to President Kufuor.

“Until last year, I thought it was Alan who had called President Kufuor to tell him not knowing it was Dr Anane who told him [Kufuor] that I don’t support Alan… the way the man loved me to death, he sacked me from his house without giving me any chance,” Agyapong recalled.

According to him, President Kufuor was not patient to listen to his side of the story. Therefore, a very good relationship whilst the former president when he, the latter, was in office has turned sour.