15
SHARES
126
VIEWS
Share on FacebookShare on TwitterShare on Whatsapp

According to the hospital, the suspects were picked at the surgical ward while they attempted to steal “several” pints of blood.

In a statement, the teaching hospital said the arrest was done through a special operation.

The statement urged staff of the facility to be vigilant about their environment while on duty. 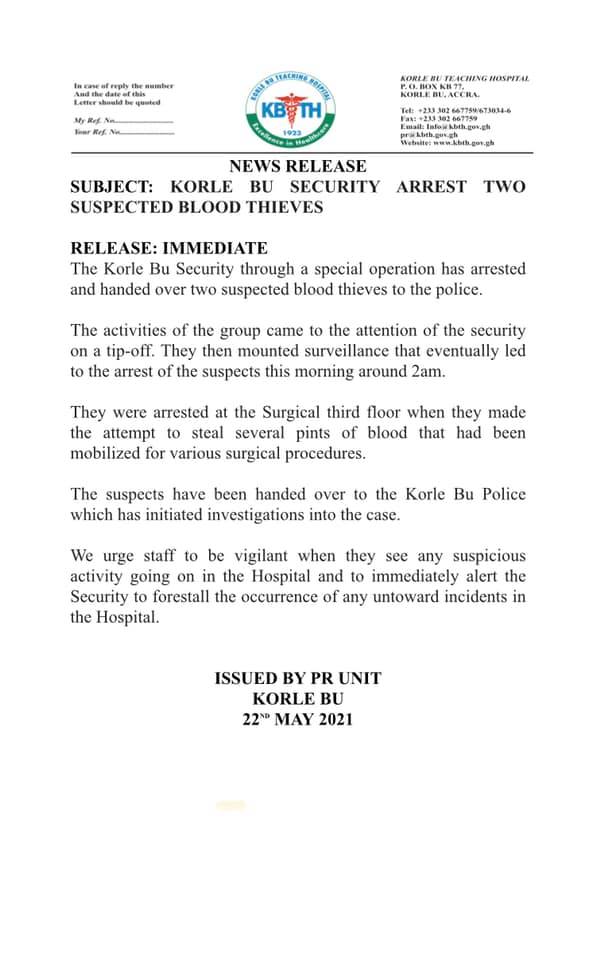 Change of voting time not necessary – Asa Asante to EC